the history of dakota woodlands

Dakota Woodlands began as Mary’s Shelter, incorporated as a non-profit 501(c)3 human service organization on November 25, 1981, located in West St. Paul, MN.  Mary’s Shelter served single pregnant women 14 years and older (eventually 11 years and older) until 1993 when the Shelter was licensed to add residential care for single homeless women and homeless women with children.  In 1995 Mary’s Shelter discontinued maternity services and focused on their homeless programming.
Also in 1995 Mary’s Shelter relocated to its present site in Eagan, MN and began making plans for renovation which was completed in 2000 when the Board of Directors decided to change the name to Dakota Woodlands.

The Board members of Dakota Woodlands are the fiduciaries who steer the organization towards a sustainable future by adopting sound, ethical, and legal governance and financial management policies, as well as making sure the nonprofit has adequate resources to advance its mission. 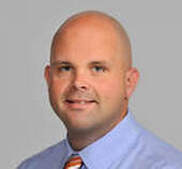 ​Steve Zweber, Chair is Director at Thomson Reuters - Core Publishing Solutions in Eagan, MN.  He joined Thomson Reuters in 2001 after completing his BS at UW-Wisconsin Stout in Industrial Management, and more recently earned his MBA from Augsburg University.  Steve is proud of the longstanding community partnership that Thomson Reuters has established with Dakota Woodlands and is excited to carry the support forward.  Steve is married and has three children; his family is part of the Lakeville community.​

​​​
Mary Kaul-Hottinger, Vice Chair is the Chief Human Resources Officer for CHS, Inc. in Inver Grove Heights. She joined CHS in September of 2018. Prior to this role, she worked in Human Resources for Ecolab, General Mills, Pillsbury and Securian (Minnesota Mutual) and has over 34 years of Human Resources experience and expertise. Mary is a graduate of St. Thomas University. She was previously on the board of the Tubman organization. Mary lives in Dakota County and is married to David Hottinger and has two children, George (24) and Frannie (19).​

​
​Lisa Knipping, Treasurer has spent over 25 years in finance leadership roles in various industries including healthcare, information services, and banking.  In her current role, Lisa is the Finance Director for Life Link III, a non-profit air medical transport organization serving communities throughout Minnesota and Wisconsin.  Lisa holds an MBA in Management from the University of St. Thomas, Opus College of Business, and a B.S. in Finance from the University of Minnesota, Carlson School of Management.  She has two grown children and has been part of the Eagan community for over 30 years.​ 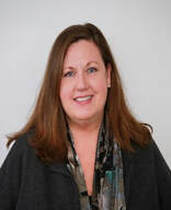 ​​​
​Laura Weiss, Secretary ​ is Vice President, Human Resources at Smart Care Equipment Solutions.  Prior to this role, she was a Director of Human Resources at Ecolab, supporting multiple divisions during her 15-year tenure. Previously Laura worked in HR, Administration and Marketing positions at Lesaffre International Corporation and its subsidiaries.  Laura holds a bachelor’s degree from Minnesota State University – Mankato and an MBA from the University of St. Thomas.  She resides in Apple Valley and is married to Steve Loosbrock; they have one son, Devin.​ 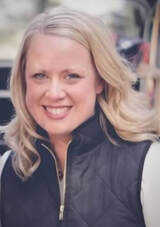 ​Melissa Bauer is a Director in Merchandising at Target Corporation. Her current team develops merchandising assortment strategies for new stores in neighborhoods across the US. She joined Target after completing her Bachelor of Science in Business at the University of Minnesota, Carlson School of Management. Melissa is married and has two children; her family has been part of the Eagan community for 15 years.

​
​Sandy Crotteau ​​a new board member, is a retired leader who held executive positions in the retail industry.  Her focus was supply chain, logistics, operations and organizational structure. Sandy has developed strategic plans and championed them through implementation.  She looks forward to putting her strategic and leadership skills to work at Dakota Woodlands.  Sandy is married and has two daughters and four grandchildren.  She lives in Apple Valley. ​ 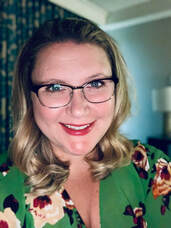 ​Jessica Metzger-Nye is an Enterprise Account Manager at Amazon Web Services. She joined AWS in 2020 and supports State and Local Government customers in their journey to deliver mission critical outcomes to citizens through technology. Prior to AWS Jessica has worked at several other technology firms such as Oracle, Minnesota based Proto Labs, International Decision Systems, and is a proud graduate of Bethel University in St. Paul.  Jessica is married to an Army Veteran, Brian Nye and has two boys, Owen and Jax. She has recently moved to Lakeville and looks forward to supporting the Dakota County community. 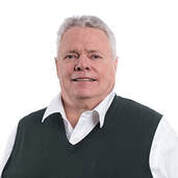 ​​
​Joseph A. Rusche, CPA, MBT  Joe is a Tax Principal at Boyum Barenscheer CPAs and Business Advisors and has lived in Eagan for over 30 years.  Besides his professional life he is a Trustee of both St. Thomas Becket Parish and the J.A Wedum Foundation and the Treasurer of the Minneapolis and St. Paul Estate Council.  Joe is married with three adult children and 6 Grandchildren. 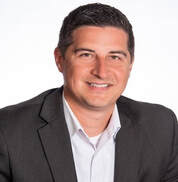 ​
​
​Jesse Sanchez is Vice President of Global Procurement for Ecolab and has 20 years of sourcing experience. Jesse is a graduate of the University of St. Thomas with BS in Marketing.  He is married with three children, Grace (15), Lily (13), and Jayce (9).  Jesse is active in the Eagan community. 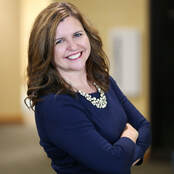 ​Anne Wiltscheck  is an experienced Event Producer with a demonstrated history of working in the philanthropy industry.  She currently works with the University of Minnesota Foundation.  Anne has prior experience in social services and has been familiar with Dakota Woodlands for many years.  She lives in Eagan. 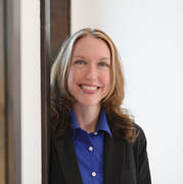 ​Jennifer Harrison, Executive Director joins Dakota Woodlands with over 16 years of experience in nonprofit management, fundraising and communications. Previously, Jennifer served as Development & Communications Director for the Greater Minneapolis Crisis Nursery, and also held fundraising and communications positions at Angel Foundation, Animal Humane Society, Emerge Community Development, and Episcopal Community Services.  Jennifer has a Master of Arts in Nonprofit Management from Hamline University and a Bachelor of Arts in Journalism from the University of St. Thomas.  In addition, she has earned the Certified Fundraising Executive (CFRE) professional credential.
​Take a few minutes to get to know our Executive Director, Jennifer Harrison!
Dakota Woodlands, 3430 Wescott Woodlands, Eagan, MN 55123 | Telephone: 651-456-9110 |​ www.dakotawoodlands.org